Among the most interesting places to visit in Lombardy we can surely mention the little town of Cantello (Cantèll, in the dialect of Varese), well-known for the production of a particular variety of white asparagus and for the historic bird festival. Cantello has 4598 inhabitants and it is located in the province of Varese, in Lombardy, bordering with Switzerland.

The community of Cantello, Ligurno and Gaggiolo, has existed for a very long time. The vast necropolis and the road that were discovered during excavations in Madonna di Campagna date back to Gaul-Roman times.

In “Castellazzo” there were probably Celtic battlements also used in the Roman age, in fact three tombs that resemble the mysterious “massi avello” (big granite stones used as tombs), typical of the area of Como Lake, were discovered in 1872.

The white asparagus of Cantello

Historical records of the farming of the white asparagus in Cantello were found in the Church archives and trace back to 1831. This documents report that asparagus were offered to the Church and then sold by auction by the priest in order to obviate Church expenses. The most substantial offer was, in 1863, crackers for 175 lire (the former Italian currency) and asparagus for 89,22 lire. At the time, the white asparagus was already a very important farming produce of the area. 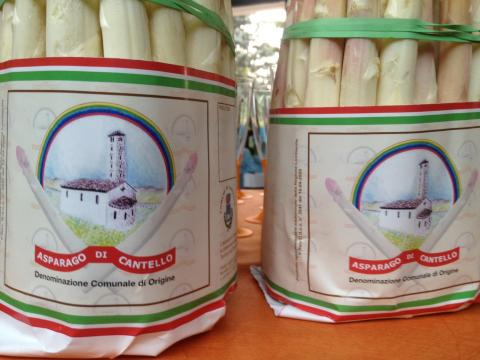 In 1863 some inhabitants of Cantello went to Rome and brought bundles of white asparagus as a homage to the Pope. The asparagus were not only a source of income, but also a symbol of the town of Cantello. The “Festival of the Asparagus of Cantello” was established in 1939 and it is now a traditional event that draws in both local inhabitants and those from the surrounding areas of Varese, Milano and Como each year. The best local asparagus producer was chosen on this occasion. The tradition has always been respected, that’s why this festival, with its traditions, music, songs, dances and asparagus tastings, takes place each year in May.

Bird snares are old circular terraces surrounded by pergola-trained hornbeam trees that act as an espalier to hide the nets. Bird snares have also been used as experimental sites to observe the “seasonal passage” of birds. The oldest and most famous bird snare is “il roccolo di Ligurno”, that was declared a National Monument.

The Pardà of Cantello is a farming and tree-covered area at the borders of the town and it offers a beautiful landscape. It is near the natural park of the Lanza river where you can observe the migratory passage of different species of birds. This area represents a typical example of pre-alpine farming landscape. This area has at least three “fontanili” (water springs), whose origin probably traces back to the establishment of the first farms around the XVI Century. On the 11th April 2007, the Municipality of Varese has decided to safeguard the entire area since it is “agricultural vegetation”, whose integrity needs to be protected by the Municipality. The Pardà has also been the setting of the amateur movie “La Guerra Della Pardà” (the war of the Pardà, Lemon Productions 2013). 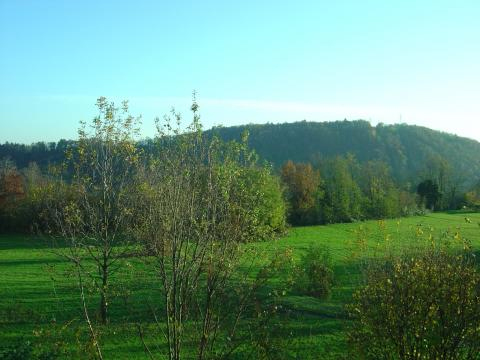 Other areas worth visiting:
the Baraggia di Cantello (main location of the asparagus beds where the famous white asparagus of Cantello are farmed), the Pianezzo, Montasì, the Pian Grand, the Tre Scali hill (or Trescale woods), the Gaggio, the Valley of the river Bevera, “Cava Valli” (a sand mine that provides Lombardy and Canton Ticino with sand. The subsoil, which is rich in sand, has allowed the farming of a top-quality variety of white asparagus, the famous asparagus of Cantello, for centuries).

You should absolutely visit the numerous churches in the area, especially the Chiesa of Santa Maria in Campagna, the most important monument in the area. It was built in Ligurno in the first half of the XI century, in Romanesque style.