Gluten-free but full of taste: a list of gluten-free grains. 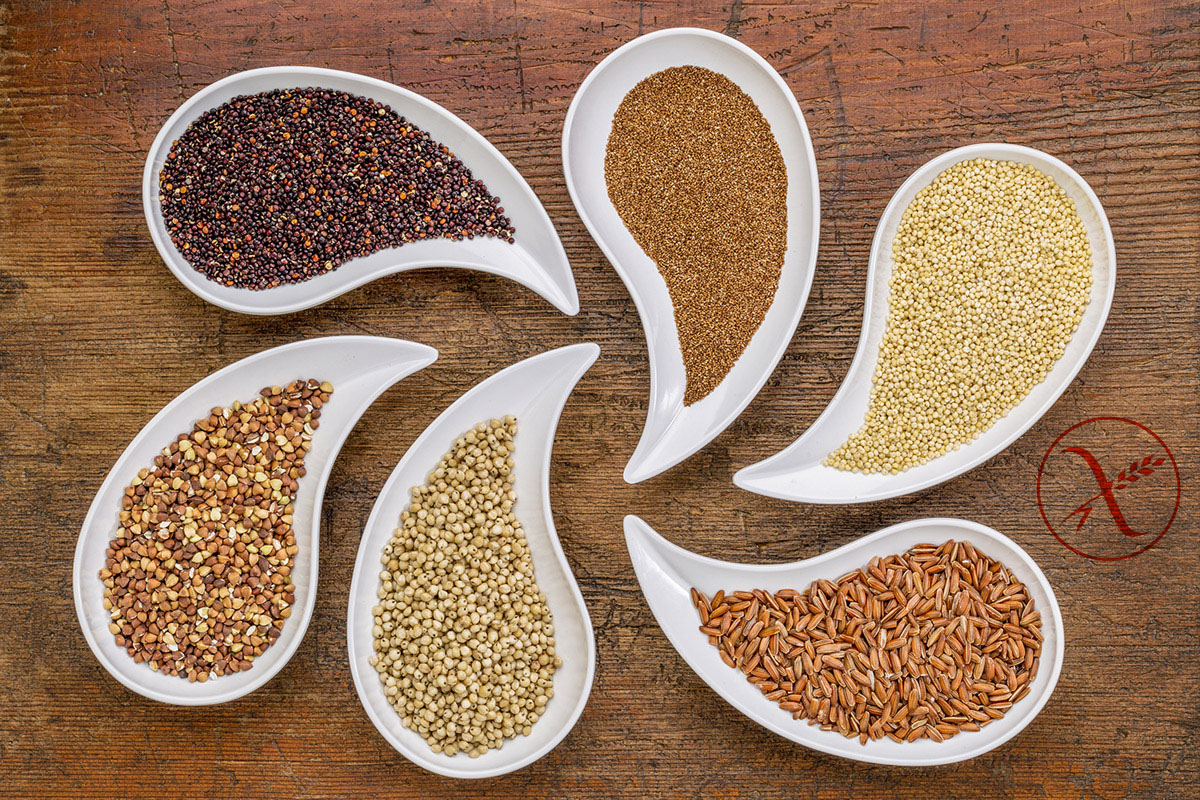 Gluten-free food is usually consumed by people with celiac disease and gluten intolerance and is often associated with a restricted, unvaried and tasteless diet.
However, many may not know that there’s in fact a great variety of healthy and tasty gluten-free grains (also known as pseudo grains). Unfortunately, the vast majority of Italians is unfamiliar with them.
These of course include the well-known rice and corn, which are the base of gluten-free bread, pasta and baked goods. But mention should be also made of millet, sorghum and teff (cereals), along with buckwheat, quinoa and amaranth (pseudo cereals). These ancient grain varieties have great nutritional properties and can be used in cooking, on their own or paired together, to create tasty and nutritious dishes. 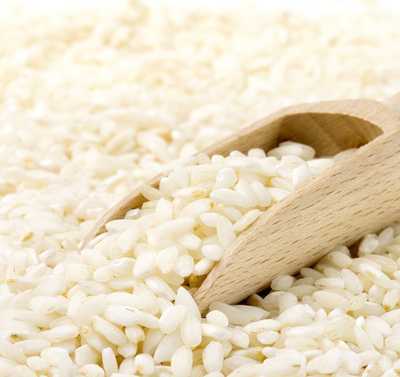 Rice is the most common grain in the world. It is versatile, tasty and irreplaceable as a main course. Rice flour can be used in bakery goods too. Brown rice varieties represent a healthier option.
Nutrient values per 100g: Carbohydrate 79,95g – Protein 7,13g – Fat 0,66g – Energy 365Kcal 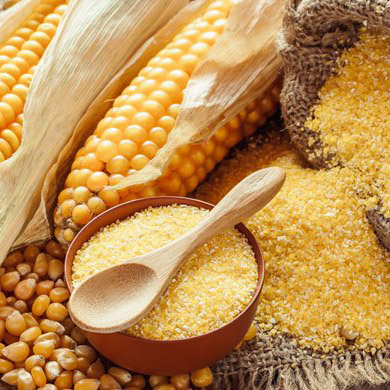 Corn is the base of many South-American peoples’ diet. Corn kernels can be eaten directly from the cob or in salads and can be popped to make popcorn. Cornmeal is grounded from dried corn and is often used to make pasta, cakes and polenta.
Nutrient values per 100g: Carbohydrate 74,26g – Protein 9,42g – Fat 4,74g – Energy 365Kcal 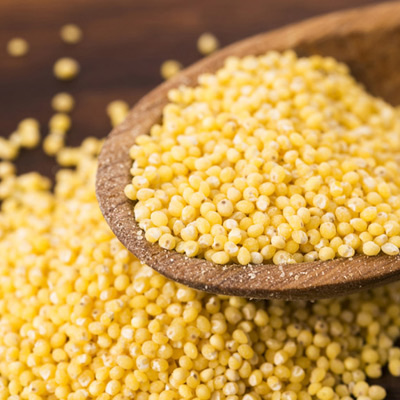 Millet is highly digestible and rich in vitamins and minerals. It’s quick to cook, since it doesn’t need soaking, and tastes great in soups. It can be also used to make pies, nuggets or meatballs with vegetables and spices.
Nutrient values per 100g: Carbohydrate 72,85g – Protein 11,02g – Fat 4,22g – Energy 378Kcal 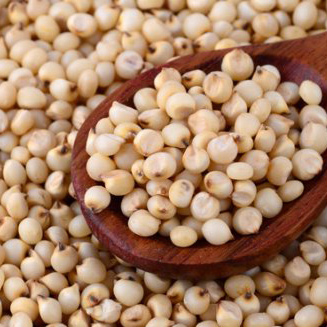 Sorghum is highly digestible and absorbable, along with being rich in fiber and vitamins.
Despite being one of the top five cereal crops in the world, it’s not widely used in Italian cuisine. It can be grounded into flour and paired with other grains, in order to lower its glycaemic index and create a tastier final product.
Nutrient values per 100g: Carbohydrate 74,63g – Protein 11,3g – Fat 3,3g – Energy 339Kcal 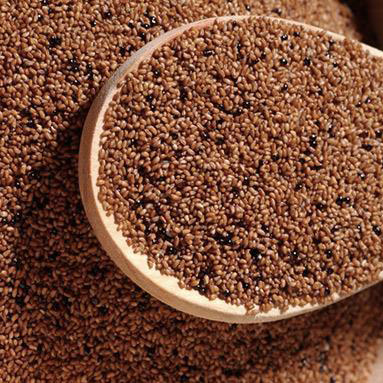 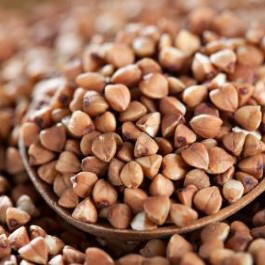 Despite its name, buckwheat is not a cereal and is not related to wheat. It is, in fact, the seed of a plant of the rhubarb’s family, but its flour can be used in baking as a substitute of the most common flour types. Buckwheat comes from Asia and Northern Europe and is rich in potassium, magnesium, flavonoids and fiber.
Nutrient values per 100g: Carbohydrate 71,5g – Protein 13,25g – Fat 3,4g – Energy 343Kcal 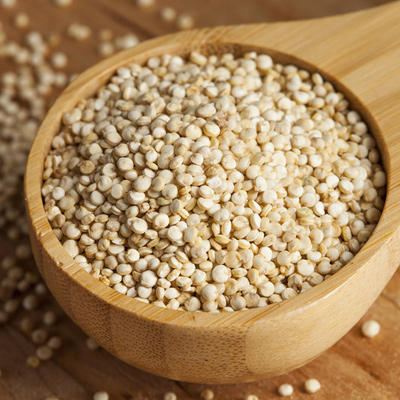 Quinoa is another pseudo cereal, related to spinach and beetroot. It comes from Bolivia and Perù and is rich in protein, fiber, magnesium and other minerals. Both in its white or red variety, quinoa is delicious and tastes great in soups, but it can be also eaten in salads or as meatballs.
Nutrient values per 100g: Carbohydrate 64,16g – Protein 14,12g – Fat 6,07g – Energy 368Kcal 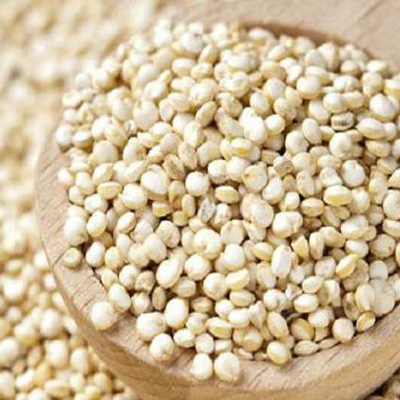 Amaranth is a pseudo cereal that comes from Perù but is grown all over the world. It is high in protein, fiber and minerals and can be added to soups or used to make delicious nuggets, sweet pies or creams.
Nutrient values per 100g: Carbohydrate 65,25g – Protein 13,56g – Fat 7,02g – Energy 371Kcal

Some of the gluten-free grains on this list are commonly used in Italian cuisine: all you need
to do is try the ones you haven’t tasted yet!