The “Pax Romana” period was succeeded by heavy and frequent conflicts on the borders of the Empire, the invasions of the imperial territories and internal conflicts.
Among others there were between 260 and 271 three successive invasions of Alemanni, which also affected the Lombardy.
To contain these external pressures, after a first experiment of “diarchy” with Valerian and his son Gallienus that share the tasks of defense respectively on the eastern and western borders of the empire, it gets, with Diocletian, the terarchia, the division of the center power and its displacement in most places most strategically appropriate.
So Milan (along with Trier, Sirmium and Nicomedia) from 286 A.D.  became the capital of the western empire, with Emperor Maximilian (and so remained until 402 A.D. when Honorius feels safer to move the capital to the western Ravenna).
To Maximian they must thank, in addition to the enlargement of the walls,for the intense work of urbanization and the construction of new buildings of which remain to this day remains accessible and worth visiting.
Of particular note is the remains of the Roman circus, clearly visible in the inner garden of the Civic Archaeological Museum in Corso Magenta (must-see) and in the adjacent via Brisa are the remains of the Imperial Palace of Maximianus. 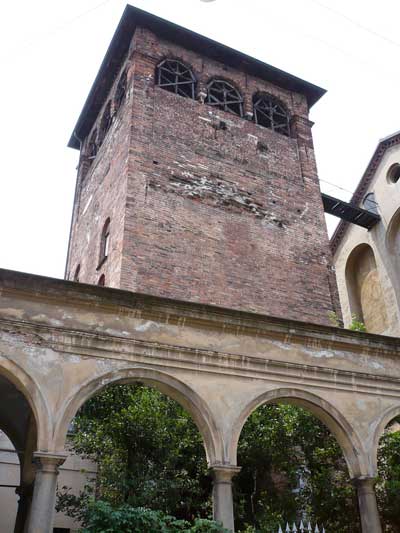 It is Noteworthy that a tower of “carceres” that formed the circus became a bell tower for the church of San Maurizio at Monastero Maggiore (next to the Civic Archaeological Museum) of early Christian origin but it was rebuilt in 1500 with a facade after all anonymous (but the interior, with its frescoes by the school of Leonardo and the architectural organization is really a wonderful surprise, try it!).