Not only panettone: the typical Lombardy sweets 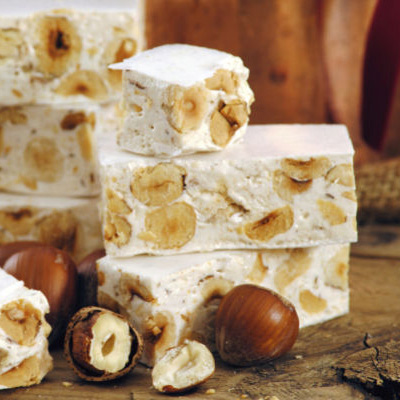 Christmas in Lombardy does not include exclusively panettone. There are many traditional sweets which enrich Lombardy Christmas lunches and dinners. Let’s have a tour in this region by starting from Cremona. Here the nougat is the king: according to some legends, Augustus’ legionaries were so much impressed by the taste of this sweet that they brought it back to Rome. According to another – and more probable – legend the nougat stems from the wedding between Bianca, Filippo Maria Visconti’s daughter, and Francesco Sforza: the sweet was intended as a wedding gift from the city of Cremona. It is made with eggs white, sugar, honey, almonds and hazelnuts. Besides there are different kinds of it. In Crema – a small town near Cremona – the Spongarda is the symbol of the Christmas tradition: a long-life sweet with dried fruit, honey, hazelnuts, candied citron and sultana. 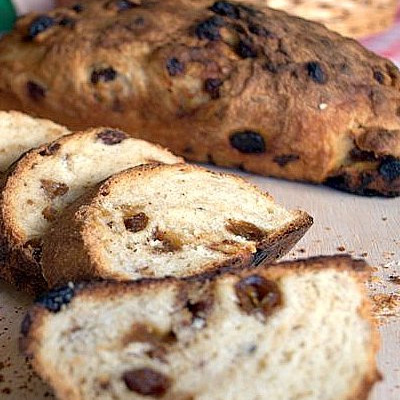 The Pantramvai dates back to 1899 when the tram directed to Milan was inaugurated. Its name comes from the fact that people bought it with the tram ticket change. It is a bakery product with natural leavening with a typical rectangular shape due to the baking mold in a tray which remains attached to the final product. The real “pam tramvai” was made with wheat flour and a first quality zibibbio – a white wine. During Christmas time this product – particularly loved by children – replaced panettone. This is due to the fact that not all the families could afford a sweet that once only a few number of wealthy families could.

In Valtellina there is Bisciola, also called Besciola or Pan di Fich according to the area. It is similar to panettone but it is more compact and “more intense”: it is a loaf of buckwheat enriched with chestnuts, dried fruit, raisins, figs and walnuts. It has a fragrant but delicate smell and it is wonderful with local red wines.
According to the legend, when in 1797 Napoleon’s troops invaded North Italy, they arrived in Valtellina where Napoleon himself stopped. On that occasion the emperor asked to his chef to prepare a sweet that was made with the ingredients available in the valley – here the origin of Bisciola. 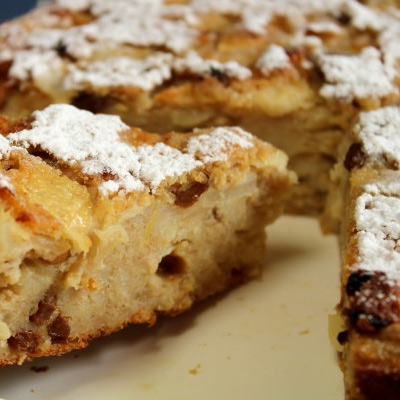 The symbol of Christmas holidays in Como is the Miascia. Also called “turta di paisan”, it is a milk cake made with stale bread, white and yellow flour, candied and dried fruits. In the past Miascia was eaten during lunchtime or on particular occasions such as holidays, feasts or during family and friends visits. There are many kinds of this typical sweet from Lario’s area and one of them has as main ingredient stale bread. Other local variants use white and yellow flour.
In Bellagio there is Pan Mataloch: it is a sweet bread which probably dates back to the Spanish domination. Its pastry is similar to Panettone one but it has walnuts, hazelnuts and dried figs. Its peculiar anise smell is due to fennel seeds in the pastry. 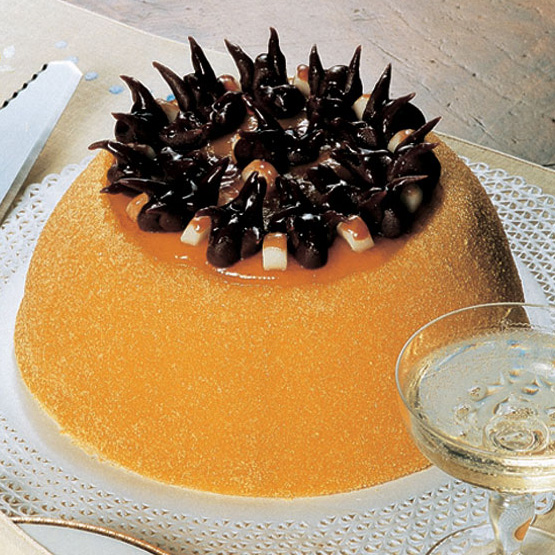 In Bergamo “polenta and osei” prevails: a sort of sponge cake dome soaked into an orange liqueur which is covered with yellow almond paste sprinkled with sugar – to remember the actual polenta – and chocolate or marzipan birds (Osei in dialect means birds). It was invented in the mid IX century and it became very popular as it reminded one of Bergamo’s traditional dishes. In the wide range of Bergamo’s dishes there are two versions of “polenta and osei”: the salty and the sweet version. It dates back to the beginning of the previous century, more precisely in 1910 when Amadeo Alessio and his wife Giuseppina created this sweet for the first time – from 1907 the two run together the Pasticceria Milanese, a bakery store. 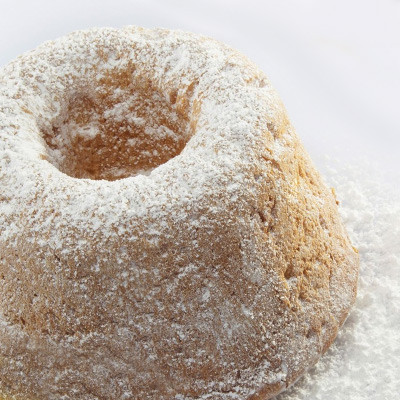 In Brescia we find bossola or bissola, a sort of homemade doughnut. The traditional recipe included the basic pastry paste with candied fruits, raisin and sugar in grains. Recently it has been radically turned into a five-pastes sweet: it is a well leavened sweet prepared with eggs, flour and fine butter as it is made with cream from centrifuges. It is a typical Christmas holiday dish and in Brescia and neighbouring areas it is available from All Saints. The classic production areas ranges in three cities: Brescia, Orzinuovi and Montichiari.
In Lodi there are two important sweets. On the one hand the tortionata which is produced during the entire year: a cake with almonds, butter, sugar and flour. On the other hand Lodi’s cream – ideal with panettone. It is made of mascarpone, sugar and liqueur (optional).

Also in Pavia there are two typical sweets. Paradiso cake (paradiso = paradise) which was invented more than a century ago. Its ingredients are so perfectly balanced that – according to the legend – when a noblewoman tasted it, she claimed: “ It is a paradise cake!”. During Christmas time we may also find Parona Offelle (butter shortbread) and rice offelle, generally served with a hot eggnog cream. The offelle presence deals with the Madonna of the rosary feast when these sweets were offered to families and friends who come from neighboring towns just to taste these unique sweets. From 1969, on the first Sunday in october, the Offella feast (Sagra dell’Offella in italian) is celebrated.