San Giovanni in Conca and San Vincenzo in Prato

In Milan there are two masterpieces, two churches that almost get ignored by tourists: San Giovanni in Conca and San Vincenzo in Prato. In Piazza Missori, a stone’s throw from Piazza Duomo, there are the ruins of an old church (San Giovanni in Conca), that dates back to the V-VI centuries, even though it was rebuilt many times, especially after it was destroyed by the Holy Roman Emperor Frederick I in 1162. On ground level, there is not much to see (not because of Frederick I but what us Milanese have done to the ruins) but, if you walk down a few steps, you will be immersed in a whole different world: the crypt of the church, that is considered one of the most beautiful Romanesque buildings in Milan, along with San Vincenzo in Prato, represents the only true example of Romanesque architecture in Milan. 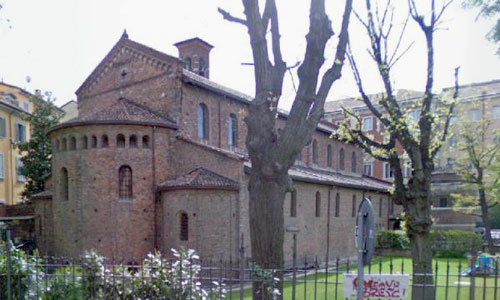 A bit further away, but not far from the so-called “cerchia dei navigli” (navigli is a system of canals that surrounded the city of Milan until a century ago) in via S. Calocero, near Corso Genova, there is the church of San Vincenzo in Prato. This church, that dates back to the early Christian period (it was built by king Desiderius in 770), has kept the original structure despite the numerous restorations. For this reason we suggest you paid a visit to it, not only due to its crypt but also because its environment is quite sober and inspires you to focus and meditate. From there, you then can reach the close archaeological park of the Roman Arena and its antiquarium.