For the Milanese tradition the first church built is the “Basilica Vetus” of which there are few traces in the current Cathedral, rebuilt several times and finally demolished in the XIV Seol just to make room for the present Cathedral.
Soon after, always in the first half of the fourth century. It would be built the “Basilica nova” (originally dedicated to s. Salvatore, then to Santa Tecla) with the annexed baptistery of “St. John in the source.”
The remains of this basilica and baptistery are under the current Piazza del Duomo and are accessible to the visit, from inside the Duomo.
Next in order of time Sant’Estorgio basilica, built by the saint, in the mid-fourth century., The place where the chariot traportava the relics of the Magi would have stuck (stuck) without wanting to continue. 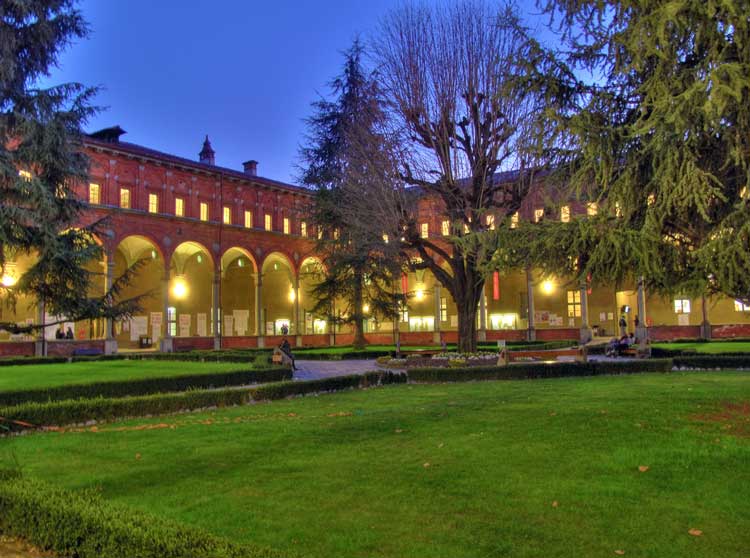 Although little remains of the original structure (is mostly rebuilt and restored Romanesque) is worth a visit for different aspects offering (ranging from the fourth century. XV) in particular for the Portinari Chapel decorated with beautiful frescoes Vincenzo Foppa.
At the cloisters of Sant’Eustorgio, with input from the Park of the basilicas, where you can see the Basilica of San Lorenzo (built between the late fourth and early fifth century.) Opens the Diocesan Museum, with important historical artifacts and exhibitions. It too is not to be missed.