The Moscato di Scanzo DOCg is a “passito” wine with centuries of history: The first pieces of evidence proving the existence of this wine trace back to 1347, though the production area was well-known before then, as it was contested by Guelphs (who demanded Scanzo) and Ghibellines (who demanded Rosciate) in the time of the Holy Roman Empire, the XII Century, and the Empire of Frederick II.

More recent records and historical events have made this valuable meditation “passito” well-known worldwide. In particular, its success came after Giacomo Quarenghi, neoclassical architect and painter of the ‘700s in Italy, brought it as a gift to Catherine II of Russia, who invited him to court in 1780 to become the new court architecture. In those years this nectar with the DOCG label became the first wine on the lists of stock exchange. 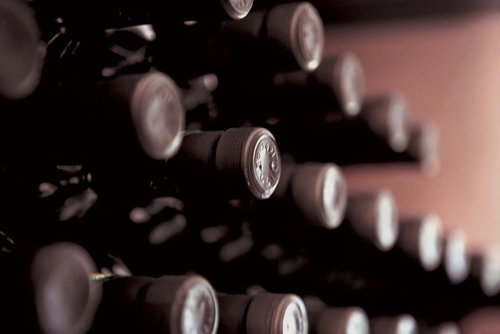 The Moscato di Scanzo is a unique and flavorful wine, as it is the only red berry moscato wine in the world. It is so rare that a project has been launched in order to study its DNA. It’s a unique wine, that stems from a limited area, in fact, as the name suggests, it comes from the area of Scanzorosciate, near Bergamo, and more precisely from its hills. The distinctiveness and the good quality of this wine are due to the exclusive use of grapes coming from the local vine variety, the “Moscato di Scanzo”. At the moment, the Moscato di Scanzo is the only wine to boast the DOCG label in the Bergamo area.

This wine is only produced with grapes from the vine variety Moscato di Scanzo, whose characteristics are:
Berry color: Black
Leaf: medium, five-lobed and pentagonal.
Bunch: medium, conical and elongated, winged, quite straggly
Grape: medium, egg-shaped
Peel: very pruinose, robust and blue-black in color
This vine variety favors dry and well exposed soils, preferably hills. The wine is a bright ruby red color, with amber and orange reflects that turn darker with aging. The fragrance is complex and intense, but still delicate and balanced, with notes of aged rose, acacia honey, cinnamon, clary sage and woods. It hits the palate in a soft, velvety way but it’s still full-bodied, with its slightly bitter aftertaste that recalls the taste of almonds.

All the wine production phases, withering and aging must be done in the Scanzorosciate area. The grapes aren’t harvested until the month of October. The grapes are then put in an aired space to wither, for no less than 21 days and under 15 degrees Celsius. The grapes must reach the sugar level of minimum 280 grams per liter. At the end of the withering process, when the grapes fulfill the set requirements, comes the pressing, a really delicate production phase. Maceration lasts maximum five days. After that, the must is racked and poured out into specific containers where the fermentation happens. The following steps are the clarification of the must and the last pour. The aging lasts minimum two years. The best results represent 30% of the production, which is therefore pretty low, considering the limited production area. This characteristics make this wine especially important and exclusive.