The orogeny of the tertiary age, which ended about 3 million years ago, has basically defined the structure of the Lombardy region (mountains and plains) but the many ice ages that occurred in the aftermath of (the Quaternary age) have further helped to shape the surface with the formation of wide valleys, lakes, rivers, wetlands and storage of large moraine arches, all exposed to periodic phenomena of erosion and re-accumulation that make it difficult to identify traces of human presence (except in the cave, see hole of lead). Nevertheless, just in the foothills and moraine we can notice the discovery of primitive stone tools, referring to the first and middle Paleolithic, and this assures us of the presence of man since at least the penultimate interglacial period (MINDEL-RISS-about 250,000 years ago).
At that time the man already knew the use of fire. What they ate?
They were commonly defined as hunter and as gatherer, but more than Hunter it seems that exploited the catch of other carnivores, which evaded by the actions of the group.
To these he added the collection of leaves, fruits, berries, tubers (depending on the local vegetation, the season and climatic variations) and catch small animals of the marshes (frogs, fish) and invertebrates (slug, shrimp, worms etc. .).
How were cooked it is not known, but it is worth remembering that frogs and slugs are still used in savory dishes of Pavia and Mantua. 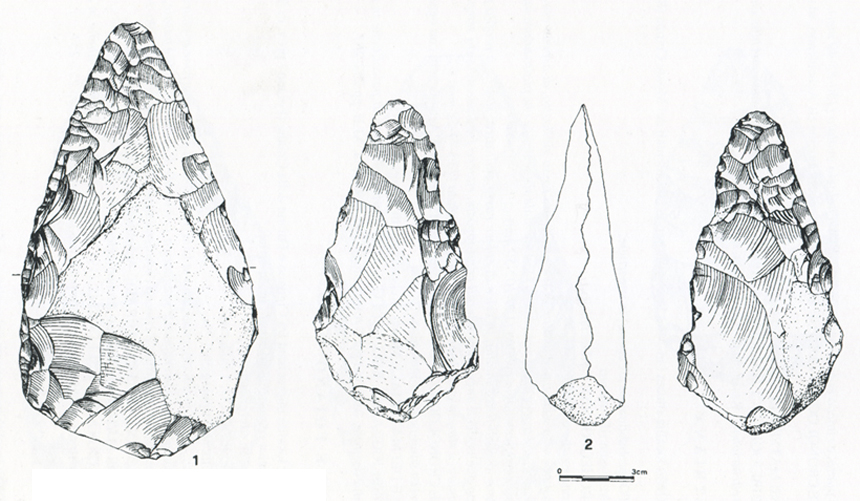