The red onion from Breme: the festival of the sweetest onion 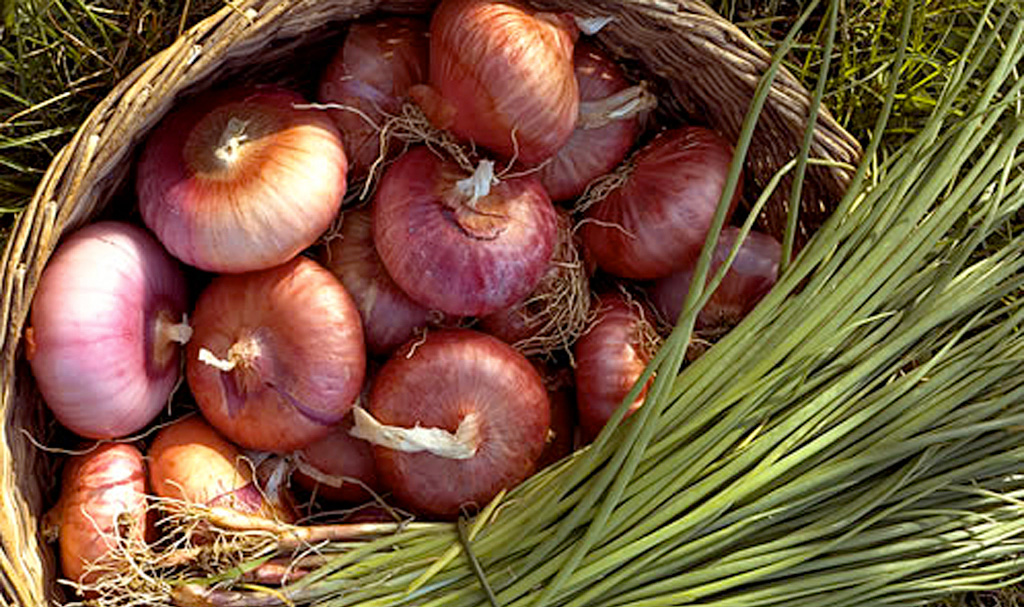 Breme is located in the south-western part of Lombardy, more precisely in the province of Pavia, and it’s famous as the one and only city of the red onion, as is Tropea for the region Calabria.

With its dialect name “Sigulla”, the red onion was brought to the Lomellina area about 10 centuries ago, in 906 A.D., by the monks of Novalesa, who came to Breme and saw that the soil there was perfect to grow onions, and for this reason they decided to settle their Congregation there.
Still now, after centuries, the growing technique is pretty much the same and the seeds are still chosen from accurately selected onions and then sent away to flower.
There is a dozen of red onion producers, yet they manage to produce 40000 kilos of red onions each year, half of which are destined to the “sagra della cipolla rossa di Breme”, a festival that takes place between the second and the third Sunday in the month of June and celebrated this year its 33rd edition.

This festival not only gathers the citizens of Breme each year, but it also attracts a great number of visitors coming from the surrounding area, mostly from the provinces of Novara and Pavia, thus making these two weekends unique and unforgettable by tasting one of the best products of Lombardy, which is used both in sweet and savory recipes.
The celebration of the 25th edition of the festival took place in 2007 and the following year the town administration has instituted the De.C.o. (Designation of the Area of Origin) label for this product, in order to give an unequivocal name to the “Cipolla rossa di Breme” (Breme’s red onion).
The farming process is hard and complex. The seeds are put in gunnysacks and soaked in water, then, right after they flower, they’re transferred to a nursery.
After a short period of time, the plants are transplanted in the fields that have hosted the farming of this product for years. The harvest season starts in June and lasts for two months.

The taste of the red onion of Breme, lasting but still measured, unique and irreproducible elsewhere, is well defined by how its fans call it: the sweetest.
For this reason, the red onion is the star in traditional recipes as well as in new combinations of ingredients, that seem unlikely at first sight but then convince the eater after the first bite, like jams, ice cream flavors, mostardas, pies and pizzas.
For some years the collaboration between Polisportiva and Overland “Terra Viva” of Vigevano, well-known company that brings out niche food products, has brought the red onion of Breme on the tables of many high level restaurants in Northern Italy. For this reason, the Breme red onion pie won the first prize as best starter in the competition “Culinary tradition and wine in Lombardy”, organized in 2007 by the Italian association of Sommeliers.
Having personally taken part in the competition for the last 10 years, I can assure you that the festival offers, besides our Sweetest onion, premium quality local products from Lombardy, accompanied by excellent Barbera and Bonarda wines.
The event takes place in the town center and displays not only the festival, but also food booths from all Lombardy.
During the festival it’s possible to buy the red onion of Breme directly from its producers, but you have to hurry, as the stocks usually run out within the first few days. You’d better save the date, so you don’t miss out on this tasty chance!

Some information about red onion: