History of Lombardy. Articles about the history of the region. Connecting with its territory and history.

It is needless to mention the various emperors barbarians of the western part of the empire that follow the lead 453-489, the last year of deposition (Romulus Augustus). In fact the general barbarians at the service of the Empire, after the murder of Stilicho and Ezio (454), having got the message took on themselves the […]

In the fifth century we see the decay of the Roman Empire of the West and worthless prepared defenses in strategic places mentioned in Lombardy CASTELSEPRIO (shown in the “Places to see”) is an example. Lombardy is in front of the first barbarian invasions. They serve no purpose and value the efforts of military commanders […]

The list of churches built in Milan and Lombardy after Constantine’s edict would be too long to describe. However we can not fail to mention the four basilicas, such Ambrosiane because scrolls and built by St. Ambrose at the four corners of the city, just outside the city walls, over cemeteries. 1) “Basilica Martirum”, commonly […]

For the Milanese tradition the first church built is the “Basilica Vetus” of which there are few traces in the current Cathedral, rebuilt several times and finally demolished in the XIV Seol just to make room for the present Cathedral. Soon after, always in the first half of the fourth century. It would be built […]

In 303 A.D. Emperor Diocletian Constantine, with one of its four edicts against Christians, order the destruction of their places of worship. What were these places of worship? Christianity had spread even in the upper classes and it is likely that in their own residences and suburban villas one or more premises were used as […]

Conventionally divided into Copper Age, Bronze Age and finally Iron Age, the period saw not only the introduction and improvement of metallurgy applied to different metals and alloys but also a succession and a diversification of cultures, made evident by the archaeological finds, in particular forms of the vases and funerary rites (burial, cremation) documenting intense cultural exchanges […]

The end of the last ice age saw the extinction of large mammals and their replacement with deer, sheep (mouflon) and even smaller sized mammals (hares, rabbits). Almost everywhere in Lombardy there are traces (microliths) of human presence, up to mountain areas above 2,000 meters. The man is still along the mountain pastures. Worthy of […]

The Neolithic, so called because it spreads a new way of working the stone, by abrasion and polishing, is not only a change in the technique: it is a real cultural revolution, with the introduction of agriculture, ceramics, sedentary forms of life and the spread of trade even at long distances and by sea. For […]

The “Pax Romana” period was succeeded by heavy and frequent conflicts on the borders of the Empire, the invasions of the imperial territories and internal conflicts. Among others there were between 260 and 271 three successive invasions of Alemanni, which also affected the Lombardy. To contain these external pressures, after a first experiment of “diarchy” […]

The I and II sec. A.D. They are characterized by a situation of stability and prosperity that affects all the provinces of the empire, including Lombardy, then called “Riviera” and “Transpadana” because the Lombards had not yet arrived. This prosperity, for subsequent demolition and reconstruction (or re-use of materials) few visible traces remained in Lombardy, […]

The scarce archaeological evidence trace the foundation of Milan, as a small village, in the sixth century B.C. According to a legendary tradition, reported by Tito Livio in 600 B.C.,  about Belloveso, a prince from Gaul, after defeating the Etruscans near the Ticino river, would set aside, with the consent of the Celts Insubri that […]

The orogeny of the tertiary age, which ended about 3 million years ago, has basically defined the structure of the Lombardy region (mountains and plains) but the many ice ages that occurred in the aftermath of (the Quaternary age) have further helped to shape the surface with the formation of wide valleys, lakes, rivers, wetlands […] 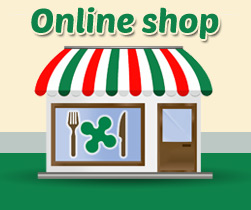